The story of ARO (Automobile Romania or Automobil Romanesc) begins in 1885 with the construction of the Paper Factory in Campulung Arges County. After a period of inactivity between 1930-1944, the buildings were used as storage space, and starting from 1944, because of the war, a series of changes took place. Industria Aeronautica Romana Brasov or I.A.R. Brasov relocated here a production line for airplane propellers and guidance systems, including workers, technicians and engineers.

After the End of Second World War, the factory goes through multiple re-profilings of the production lines, thus here, they produced various consumer products, agriculture equipment and even locks. In 1953, the factory, called "Intreprinderea Metalurgica de Stat", produced a limited number of 12 motorcycles under the name of IMS 53 („IMS”- name of the factory and „53” production year).

Because of the resemblance to a British model, production was halted. Following a few years of manufacturing of parts for Soviet vehicles such as GAZ MM sau GAZ 67, in 1957 they produced their first car, the model IMS 57. As the components were sourced from other models, it had similarities to them. After producing a number of around 2000 units, in 1959, the next iteration is manufactured, the model IMS 59.

The last version based on Soviet models was the M461 (M – Muscel, 4 – 4th model, 61 – production year). This model was also the first one to be produced for export. The M461 and its iterations were extremely reliable and with good off-road performance, winning several international prizes. This lead to the international growth of the ARO brand. Tens of thousands of units of this model were produced, mostly for export, until around 1975 when the production was halted.

At the same time with the commercial launch of another Romanian legend, that takes place in 1969, the Dacia 1300, the ARO Factory unveils during the EREN (Expozitia Realizarilor Economiei Nationale) event its special project, the ARO 240.

Unfortunately, even though it was improved through several versions, because of corruption and lack of investments in technological advancements, ARO was bankrupt in 2006. I won't insist on the reasons and guilty parties for destroying this legendary car.

In conclusion, for those like me who wood love to own such a vehicle but have a small budget or limited storage space, there is a 1:8 scale model of this vehicle. It is available through a series of magazines with parts, distributed, among others, by Magazinul Colectionarului. 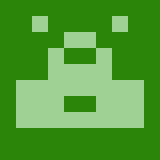 I am a creative individual always searching for the latest and greatest. I love building things and traveling.